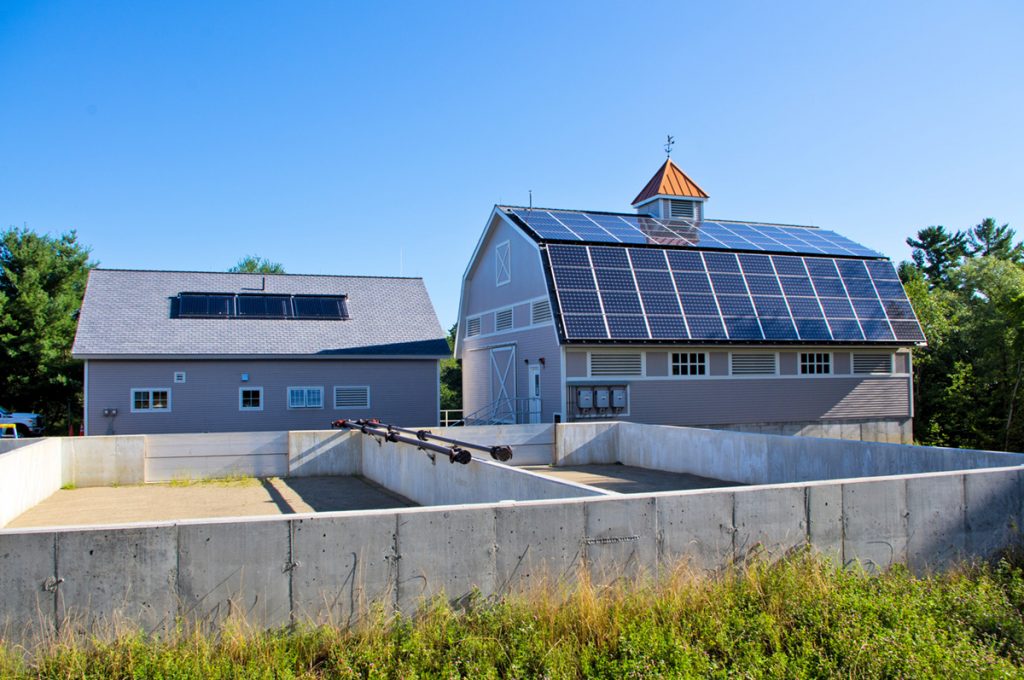 Above: The Town of Essex Wastewater Treatment Plant earned AES a design award from the Adirondack Park Agency. Wayne Ryan, PE, recognizes the project as a notable accomplishment during his tenure at the firm.

With deep gratitude and appreciation, we announce the retirement of Partner and Co-Founder, Wayne Ryan, PE. While Wayne’s presence at the firm will be missed, his leadership over the past thirty years has placed AES on a firm foundation for continued growth and success.

Wayne earned his engineering degree from the University of Vermont in 1974. His early career as an engineer took him through a variety of industries and locations including International Paper in Maine, the Vermont Department of Transportation, and finally landed him in Northern New York at CVPH. Seeing a demand in the community, Wayne partnered with professional land surveyor Scott Allen in 1988 to co-found Design Engineering & Land Surveying, P.C., which offered engineering and land surveying services. By 1998, the two had brought on additional partners and formally established Architecture, Engineering, and Land Surveying Northeast, PLLC. Since then, AES has grown to a staff of nearly 50 and expanded their footprint to include multiple offices in Plattsburgh and an office in Vermont.

Notable projects for Wayne include the Town of Essex Wastewater Treatment Plant, which earned AES a design award from the Adirondack Park Agency, and completing the site plan for the Clifford Ball, the 1996 Phish concert, held at the Plattsburgh Air Base. Wayne has long seen AES’s role in the community as a partner and assistant, aiming to improve the area’s built and natural environment through the firm’s work. That view also encouraged Wayne to be an early supporter of the local Math Counts program, designed to challenge young mathematicians; a connection that AES has maintained since.

“Work has been part of most of my life, starting with mowing lawns when I was 13. I certainly won’t miss the long days, but I will miss the people here – you don’t make it 33 years without good people,” stated Wayne in an interview.

As for future plans, Wayne shared that he is looking forward to continuing his volunteer work with the Natural Resource Conservation Service and local reforestation projects, planning a motorcycle tour (or two), and simply enjoying time with his family and spending more time outdoors.

As for the future of AES, Wayne is excited to see the firm’s continued growth and commitment to the community. He has been encouraged by the firm’s ability to attract young, talented people, and is hopeful that more professionals will come to the area. He also sees opportunity for the future of engineering, as more women enter the field. Of the 26 graduates in his class at UVM, only one was female, compared with AES’s staff today of almost 50% women.

“We can’t say enough about the foundation that Wayne has built on commitment to quality at AES and the tremendous relationships formed within the community under Wayne’s leadership.  We are committed to honoring that proud tradition by building upon that foundation and continuing to grow and expand AES’ Civil Engineering Department with that same commitment to quality and customer service,” stated Kevin Farrington, PE, Partner and Director of the Civil Engineering Division. 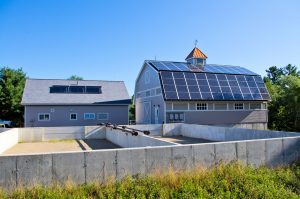 Above: The Town of Essex Wastewater Treatment Plant earned AES a design award from the Adirondack Park Agency. Wayne Ryan, PE, recognizes the project as 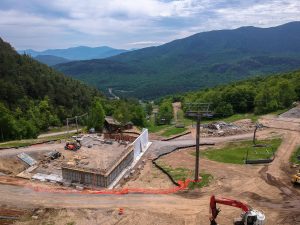 The new Mid-Station Lodge at Whiteface Mountain has started

Construction has started on the new Mid-Station 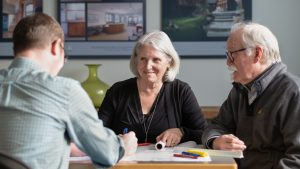 Stay up to date on our latest services, projects, and team advancements.

Stay up to date on our latest services, projects, and team advancements.